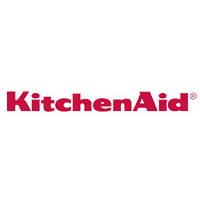 KitchenAid appliances have been a standard in American households since the first KitchenAid mixer was produced in 1919.

Dubbed “the best kitchen aid” by an excited homemaker, the KitchenAid stand mixer became the flagship product for a brand that would soon become prevalent throughout the household. Having expanded its selection of home appliances to include dishwashers, cooking ranges, refrigerators, and a full range of countertop appliances, KitchenAid now offers complete cooking and cleaning solutions for all your home needs.

KitchenAid began distributing its first full-size appliance in 1946 in the form of the KD-10 dishwasher. By 1986, KitchenAid had completed its line of large appliances with the introduction of its first refrigerator. Since then, the company has invested its resources in improving its products as well as revolutionizing the modern cooking experience with its versatile line of countertop appliances.

In 1997, KitchenAid stand mixers were selected by the San Francisco Museum of Modern Art as a representation of iconic American design. Though the simple style of famed designer Egmont Arens certainly played a part in that selection, KitchenAid would not have become so iconic if it were not for the quality of its product.