What is Causing a Microwave to Trip the Power? 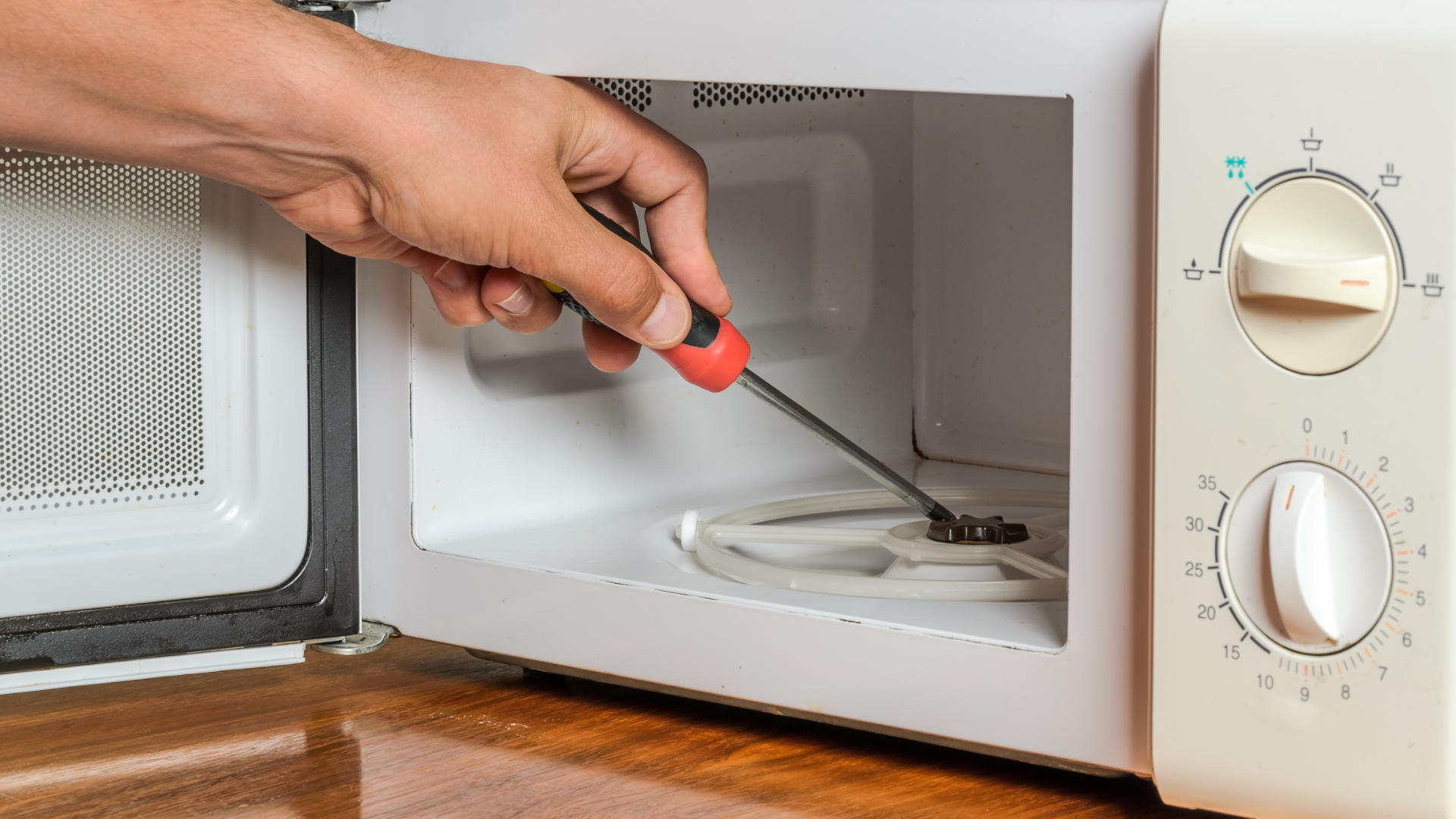 Any appliance in your home has the potential to trip your circuit breaker. The breaker in your home was installed in order to protect both your home and your appliances. If one appliance draws too much power so that it may become a fire hazard, then the breaker trips and it cuts off power in order to protect that appliance and your home from catching fire. In some circumstances, it may only trip that one outlet that the appliance is plugged or wired into. In others, it may trip the entire room’s electricity, shutting off every device connected to the grid in that room. If your microwave has been the common culprit for a tripped circuit breaker in your kitchen, then unfortunately, a lot can be going on to cause it. Some of it may not be so easily fixed even with a professional appliance repair technician.

Before we begin highlighting what causes a microwave to trip the circuit breaker, it is important that you take note of how dangerous this small appliance can be. A microwave, even when unplugged from the electricity, can still hold a deadly charge in the capacitors. One light touch can result in serious electrocution. If you leave the microwave disconnected for long enough, the charge may dissipate. Professionals typically discharge the stored electricity from the capacitors manually by creating a short circuit so they can get to the repair in a timely manner. If you do not discharge the capacitors, you risk great injury. Unfortunately, for this sort of issue, it can be an electrical issue with the microwave, which means working with or near the capacitors.

In truth, depending on the issue and overall cost of your microwave, you will strongly want to consider if it is worth repairing or if it is easier to just replace it. Many homeowners have microwaves that were purchased for less than $100, and sometimes the parts can cost more than that to replace.

A Capacitor is Faulty

Capacitors store energy, amplify it, then use it to power the hungry magnetron for function. However, they are not infallible. They can go faulty. The nice part is that they won’t go quietly. Shortly before the breaker tripped, if it is a capacitor problem, you will hear a very large pop of the capacitor essentially discharging.

Even if you do not hear the pop, the capacitor still could be faulty.

While you can test and replace these if you are careful and knowledgeable, it is better to just leave the replacement to a professional due to the danger of high voltage.

The High Voltage Diode Has a Short Circuit

When the electricity comes into your microwave from your home, it uses alternating current. By entering the high voltage diode, it is converted to the direct current that a magnetron requires to heat your food. Unfortunately, if it is faulty, it may not be appropriately transferring electricity to the capacitor. Typically, when the high voltage diode is faulty it will manifest in a loud noise before tripping the breaker. The part is pretty cheap to replace, which is good because it is one of those few parts that can’t be tested for faults with a standard digital multimeter.

The Timer is Faulty

Assuming an older mechanical timer design, if the electrical contacts on the timer are faulty, it could cause the timer to jam up. This essentially makes it continue to draw electricity until it just trips the breaker.

The Turntable Motor is Wet

Located underneath the turntable plate, the turntable motor is what turns the plate above it. What usually happens is something boils over in the microwave, water floods over the plate, isn’t cleaned up, and then it seeps down onto the motor. When this happens, essentially it just shorts out the motor. It starts leaking electricity while still trying to pull electricity to run the motor. As such, it pulls too much electricity and trips the breaker.

Unfortunately, if this is happening, it is not a case of just drying out the motor. You will need to remove the turntable motor and test it with a multimeter. If it displays the correct value based on the specifications printed on the motor with applied power to the component then it is working ok.

The Electrical Issues Are in the Home

While all of the above can definitely cause a microwave to trip a circuit breaker all on its own, don’t forget that it could be an electrical issue with the home itself. If the flow of electricity is not proper, you will likely see sparking or scorching around the outlet. If you did not physically see the tripped breaker incident, the outlet around the plug may look a little melted. In very severe cases, you may find that the plug is fused to the outlet.

Regardless, this is a sign of very serious electrical issues with your house, not the appliance. You will want to be weary of using other appliances in your kitchen until you can have an electrician out to look at the problem. Obviously if you see even slight melting at the outlet, you definitely do not want to use the microwave again.