Troubleshooting Why Your Oven Door Won’t Close All The Way 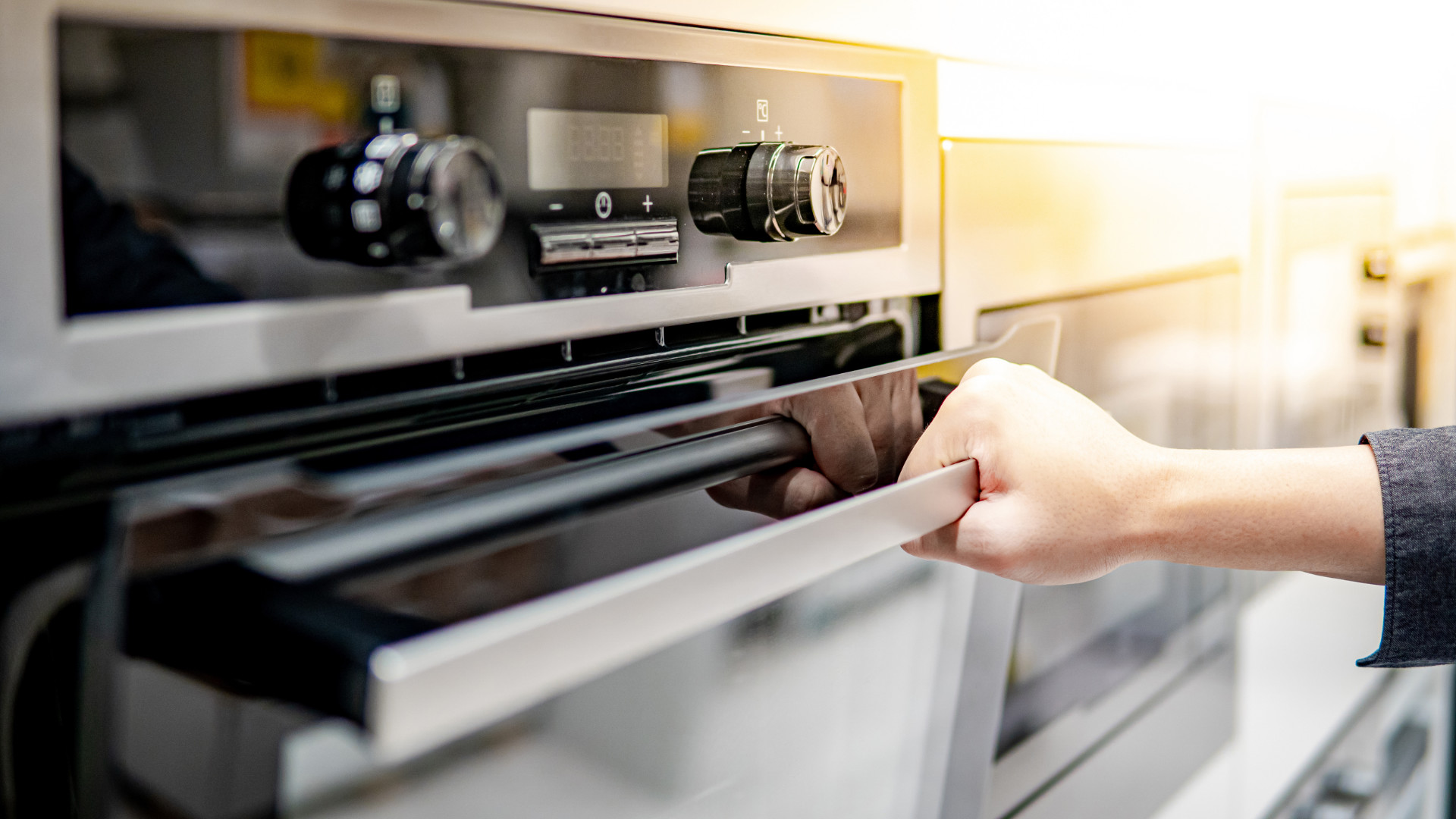 If your oven door is not closing all the way, it can be caused by a number of different issues that need to be to be solved. Not only are you wasting energy by having your oven door just slightly ajar the whole bake cycle, but if someone touches the oven door or the stove knobs when they are hot from that escaping heat, it can hurt quite a bit. So if you have an oven door that is not closing, here is what you want to check to make the right fix.

If the hinges on your oven door are responsible for it not closing all the way, you can usually hear or feel it. Worn or rusty hinges have a tendency to squeal when used. Furthermore, they make the oven door require a bit of force to move in any direction.

If this is the case, usually you can get a pretty conclusive answer as to the state of your hinges with a visual inspection. Are they covered in grime or rust? If yes, they will likely need to be replaced. A good cleaning may be a temporary fix, but the problems are likely to come back. Thankfully, replacing the hinges on an oven door is actually really quite simple. You will need to remove the oven door itself, which can be done by lowering it all the way, releasing the clips, then raising it three fourths to closed and pulling it upwards. Afterward, it is as simple as unscrewing the hinges and installing new ones.

As door hinges are meant to last the lifetime of an oven, if your hinges have rusted prematurely, you may also want to look into what has caused it. Sometimes it is really as simple as cleaning your oven more often.

Like your washer or refrigerator, your oven also comes with a door gasket that is made specifically to keep heat in and cool air out during the baking process. Unlike those other two appliances, your oven’s gasket isn’t made from pliable rubber but instead is made from heat resistant cloth that doesn’t burn but is still soft enough to form a seal.

If your door gasket is damaged, it needs to be replaced to not only just get the door to close, but to make your appliance energy efficient. In most models, the gasket can be lifted out at the ends. You will then need a screwdriver to pry the clips located along the length of the seal off in order to remove it. The replacement seal will be installed much the same way as the old seal with removed. However, you want to start by inserting the ends properly.

If you find that your oven light isn’t turning off or you can physically see inside your oven tub by the sides of the door, then the most likely culprit is the door latch on your oven. Ideally, the only purpose of a door latch is to lock the oven door when the self-cleaning cycle is started. Otherwise, the latch slips harmlessly into an alcove and doesn’t interfere. However, sometimes the door latch can move into the locked position and effectively just props your oven door open. If you haven’t been particularly gentle with opening and closing your oven door, occasionally the latch can be bent and this same issue will manifest.

Often this issue can manifest after you press the self-cleaning button, even by accident. The latch can remain engaged until the cycle is completed. When this happens, the obvious solution may be to run the self-clean cycle. However, without the door being locked or even closed all the way, it is dangerous. It runs at a high temperature, and you do not want it seeping out. Instead, you will want to unplug your oven. Leaving it unplugged will work to reset your oven, so the latch may disengage on its own.

If your door latch refuses to disengage or is damaged, then you may want to replace it. This can be done by lifting up the stove on your range. Underneath your stovetop there will be a metal panel that needs to be removed via the screws located on the corners. You aren’t actually removing the panel, you just want to lift it up enough that you can get underneath the front of it.

Next you will want to open the oven door and remove the two screws by the door latch. Once done, you can push the latch in and pull it out. You will only need to disconnect the rod from the old door latch in order to fully remove it. If your door latch is simply not disengaging, you can navigate the control rod to unlock it manually. You may not need to replace the entire door latch if it is simply not unlocking. However, if the door latch is bent, it is best to just replace it rather than try to bend it back into place.

How to Clean the Water Filter in an Electrolux Refrigerator

How to Change the Water Filter in an LG Refrigerator

Electrolux Washer Not Starting? How to Fix It

How to Replace a Dryer Vent Hose

How to Replace the Gasket Seal on a Refrigerator Door

Dryer Making Noise But Not Spinning: How To Fix It

LG Dryer Error Code D90: How to Fix It

Samsung Dryer Not Working? How to Fix It

Samsung Washing Machine Error Code 4C: How to Fix It