How to Replace Your LG Dryer’s Moisture Sensor Wire Harness 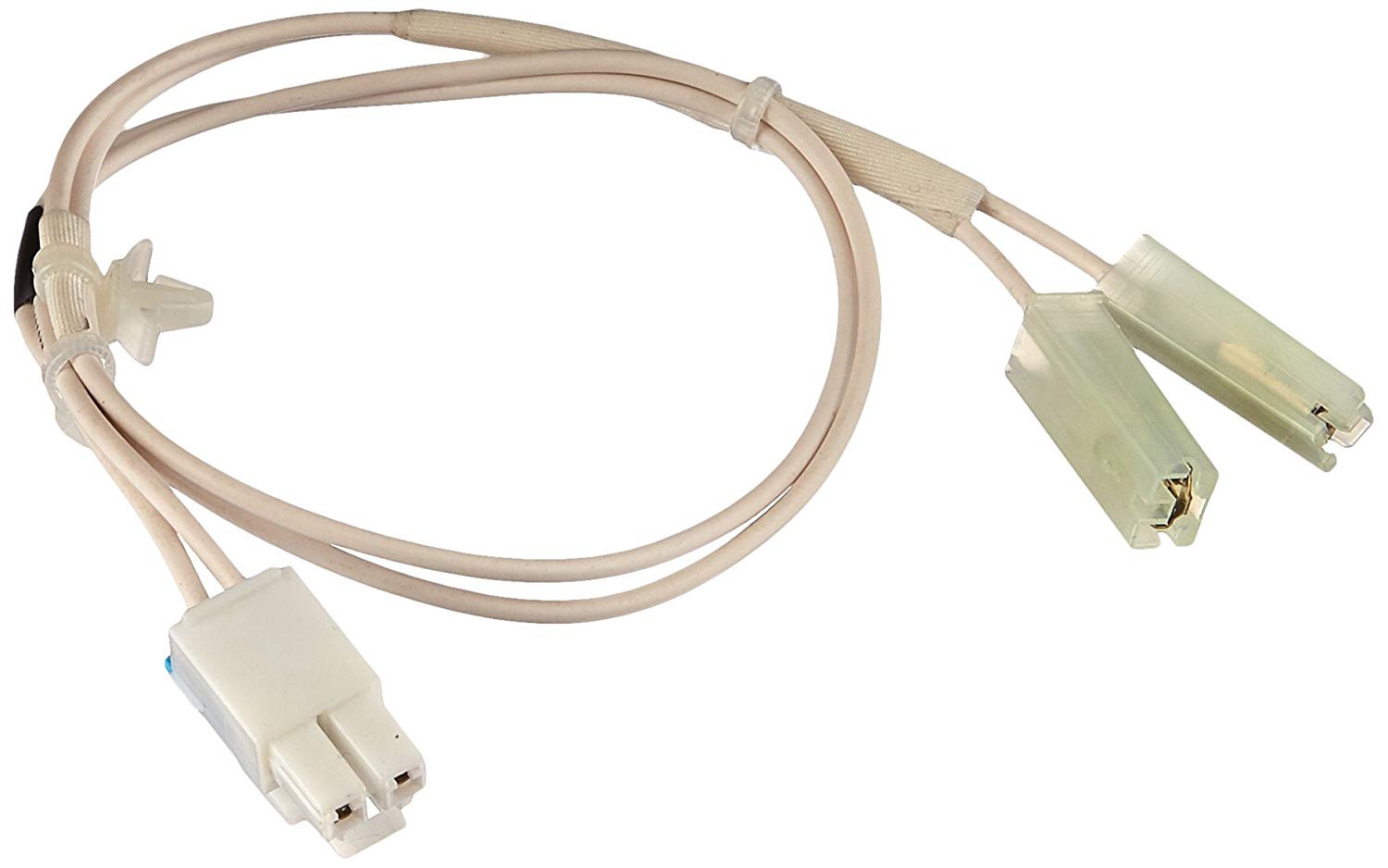 Order replacement part #6631EL3003B for most LG dryers and then follow these steps to replace the part yourself.

Always unplug an appliance before you start any repairs or installations. Because you will need to remove the top panel during this repair, you may also need to pull the machine far away enough from the wall so you can push the panel a few inches back. Try to do so without dislodging the exhaust vent.

2. Dismantle the exterior of the machine.

Next, remove the control panel on the front of the dryer. Reach to the back of the control board and release the central wire harness. Then remove the two screws (one in each upper corner of the panel’s interior) and pry up the tabs along the top of the control panel’s edge. Now you can push the left corner up and pull the panel towards you as you stand at the front of the machine. As you pull it away from the dryer, be careful that the control board doesn’t knock against the frame and that none of the wires get tugged.

Unclip the long back wire harness so you can rotate the control panel and set it on top of the machine.

Start to remove the front panel. In order to do that, open the door and remove the two screws that secure the front panel to the frame of the machine. Then shut the door. Also, pry up the metal tabs along the top edge of the front access panel (underneath where the control panel typically lives). Now you can remove the screws along the top edge of the control panel. Tilt the panel slightly forward so you can unplug the wire harness at the middle of the top edge. Then tilt the panel further down and pull it free of the bottom groove so you can set it aside.

First, pull the lint trap free from the bottom of the tub. Also, reach behind the grill that housed the lint trap and remove the screws along the bottom curve. Pull the grill out of the machine and set it aside. Take the lint guide out with it. This should give you access to the end of the moisture sensor. Locate it but leave it plugged in for now.

Locate the moisture sensor wire harness in the bottom right corner. Unplug the bottom of the harness from the plug with the red and black wires. Follow the white sensor wire up to the retaining clip. Instead of pulling the length of wire free from the front, depress the tabs of the clip on the back of the metal panel to pull the wires and the retaining clip free of the hole. Return to the lip of the drum and unplug the wires from the moisture sensor that you accessed in the previous step. There are two separate prongs for the wires, and the casings at the end of the wire harness are pretty long. If they don’t slide free easily, use a flathead screwdriver to push them free. Slide the end of the harness down and pull it completely out of the tub.

Next, line the retaining clip up with the hole in the metal panel. Press the pointed end into the hole and make sure the tabs snap into place on the other side to secure the wire.

After that, plug in the bottom end of the moisture sensor wire harness into the plug with the red and black wires at the bottom of the dryer. You should be able to hear it click into place.

To finish securing the front panel. open the door and retighten the two screws. Then shut the door.

Once it’s in place, plug in the wire harness at the top left corner. Reattach the two screws (one at each top corner) to finish securing the control panel.

Set the top access panel on the rails approximately an inch back from the rear side of the control panel. Then slide it toward the front of the machine along the rails so the four top knobs lock into the panel. Secure it with three screws along the rear of the dryer. Now you can push the dryer back into place and make sure the exhaust ent hasn’t been knocked out of place. Plug the dryer back in.